How do top chefs and discerning foodies pick a winner in the search for the very best culinary creations?

With the Oscar season upon us, we are thrilled to announce that the winner in the Best Ham in the World Category is.....Cinco Jotas! 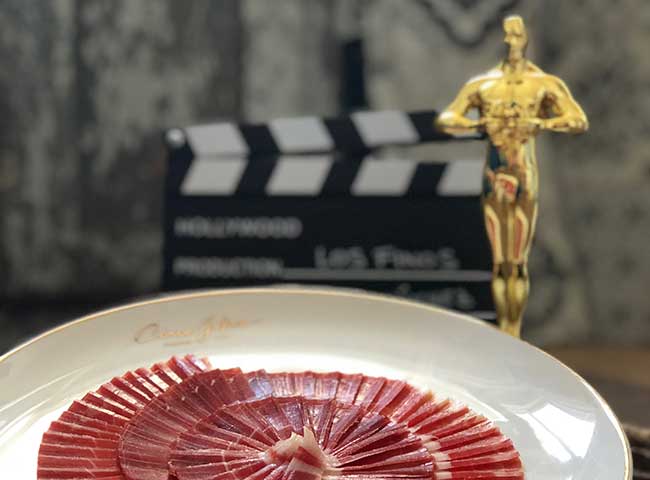 This Oscar season includes memorable moments when top stars gather around VIP tables to enjoy award-winning company and gourmet food. Undoubtedly one of the most revered delicacies, sure to make a hit at any gourmet table during the Oscars, is acorn-fed 100% ibérico ham.

« For the first time this year, I got inspired by the movie 'Roma,' where they speak Spanish », explains Austrian chef, Wolfgang Puck. "And I said, you know what – if there are movies speaking Spanish, we should have something from Spain. So, we have this beautiful Cinco Jotas ham here. And we slice it really thin, serve it with a little burrata, maybe a little roasted fruits. So that's going to be amazing".

« Nobody makes ham like the Spanish, and Cinco Jotas does it best, » continues Chef Wolfgang Puck, who has been in charge of the event's menu for 25 years. "It's absolutely perfect…., it's a gift. It's the first time we've included it, but for sure it will not be the last."….."We have included Iberian ham in our menu before, but Cinco Jotas is the best we have ever had," enthused Puck, who acknowledged that ham was the star product during the presentation of the menu to the media. 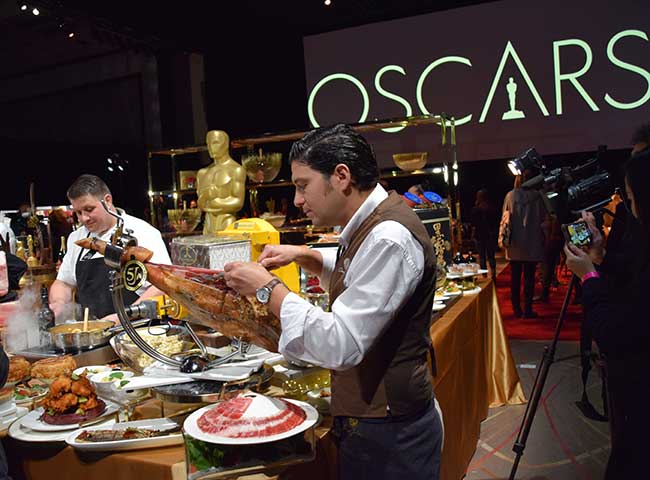 Cinco Jotas has a distinguished history of taking part in the most exclusive events worldwide. Aside from being served at Oscars-related events, Cinco Jotas acorn-fed 100% ibérico ham is the official ibérico ham partner to The World’s 50 Best Restaurants events; has been served at the Goya Awards ceremony for best Spanish films, presented by the Academy of Cinematographic Arts and Sciences; and has been the highlight of a recent Michelin Guide event to award more stars to extremely well-deserving gourmet establishments

SHARE
And the Oscar for the Best Ham in the World goes to ... Cinco Jotas!
An artist's illustration to celebrate the Year of the Pig